Manfrotto – this name is firmly established in the photographic marketplace and stands for very stable photographic tripods with a high-quality finish. Since the 1970s, the company has been supplying tripods to professional and amateur photographers alike. 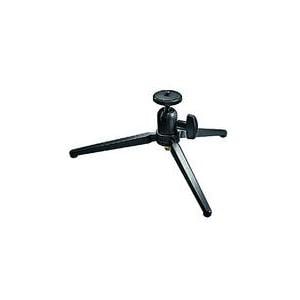 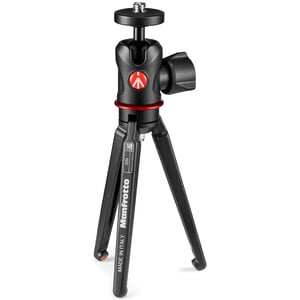 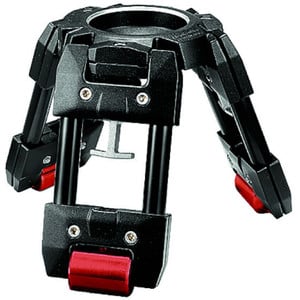 Tabletop tripod 529B Hi-Hat with 100mm half shell 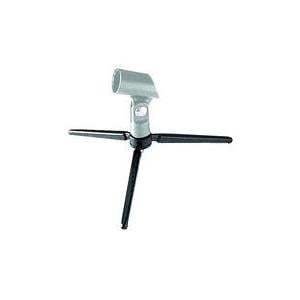 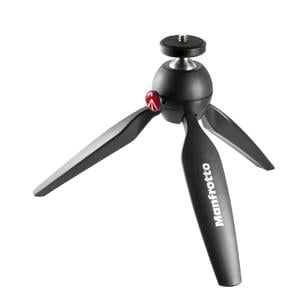 Manfrotto tripods are perfect for binoculars and spotting scopes, but they are also suitable for lighter telescopes or travelscopes. Toward the end of the sixties, Lino Manfrotto worked as a press photographer for Il Gazzettino and Il Giornale di Vicenza in Bassano del Grappa, and also worked in industrial and commercial photography. In those days, a photographer’s studio equipment was bulky and heavy, and in no way facilitated the work of a professional. Although there was a wide range of flash and quartz lighting, basic accessories such as stands, arms and clamps were completely ignored by the industry.

So, with the help of an employee, Lino Manfrotto produced his first own products, including a lightweight and stable lamp that was finally bright enough for his needs. For a few years he produced only in small quantities for photographer friends.

Later, he decided to offer them internationally and received his first significant order from a Swiss distributor. Lino Manfrotto’s garage became his workshop, where he produced the first arms, pan bars and other stands. He soon realized that the production capacity was not sufficient to fulfil all his customers’ orders.

From garage operation to worldwide success

In 1972, Lino Manfrotto met Gilberto Battocchio, an engineer, who worked for a company in Bassano and was, technically-speaking, his opposite number. The newcomer transformed product solutions, turning Lino Manfrottos' mere wishes into three-dimensional reality. The pair formed a brilliant team and, within a few years, built a world-class company.
(Picture shows Lino Manfrotto (right) with his business partner Gilberto Battocchio)

1974 saw the introduction of Manfrotto’s first tripod. Manfrotto tripods and stands were innovative, light and versatile, and became a resounding success in the marketplace. Items such as the Superboom, Autopole® and Superclamp® became an essential element of every photography studio worldwide. And the competition? They followed and copied, but could not match Manfretto’s innovation, quality, performance and service.

High-calibre employees, innovative quality products, strong brands with high brand-recognition worldwide and a huge turnover in 140 countries drew the interest of international investors to Manfrotto. In 1989, Lino Manfrotto’s entire shareholding was sold to the UK-based Vitec Group PLC, a multinational company listed on the London Stock Exchange. Lino and Gilberto remained in management.

In recent years, the dawn of the digital age has profoundly changed the photography and video sector, creating millions of new devotees. There is barely a single amateur photographer who is not aware the 190 and 055 tripod series.

Manfrotto had predicted this trend and uses its experience to drive new solutions for photographers and videographers around the world.
(Last development stage of the 055 series: MK055XPRO3-3W)