Night vision devices are residual light amplifiers that are used for nature watching and night-time surveillance. A number of different technologies are employed.

Night vision devices are residual light amplifiers that are used to monitor objects at night - almost as if it were daytime. In the past they were mainly used for military purposes, but more recently they have become popular with private individuals for nature watching and surveillance purposes. At one time these devices were unaffordable, something that has changed significantly today. You can buy a good device for private use with very little financial outlay.

Night vision devices employ a number of different technologies. On the one hand, there are devices with an image intensifier tube: these are residual light amplifiers. They are available in three stages of development, better known as generations, and they differ mainly in their light output. On the other hand, for several years there have also been digital night vision devices and thermal imaging cameras.

All night vision devices with an image intensifier tube have an optic at the front that collects the light and sends it to an image converter. Here there is a photocathode, which collects the incoming photons (these are the light particles) and generates energy from them in the form of electrons.

These electrons are accelerated massively, and shot onto a phosphorus screen. This releases energy in the form of light, i.e. photons, which is heavily amplified compared to before. Under no circumstances should night vision devices be used in daylight, otherwise the devices can be seriously damaged.

The 1st generation is the simplest and also the most reasonably priced version of night vision devices. These devices work as described above and amplify residual light. In addition, they have an infrared illuminator which only needs to be used when it is completely dark. With this, an infrared beam is cast into the darkness which the human eye, with a sensitivity at 550 nanometres, cannot perceive.

Unlike the human eye, the night vision device can detect the infrared light wavelength range. Thus, vision is possible even in absolute darkness. The disadvantage, however, is that this feature cannot be used for very long distances. The 1st generation devices amplify light around 1.000 times.

Why do we see green light?

The image appears green because the blue portion of the light is shifted into the green spectrum and the red portion is shifted into the infrared. When you look through a night vision device, you notice a static that appears as a structure streaked with fine grains. With use, the green visual impression slowly disappears until the image is completely black again. As a rule, 1st generation devices offer 2,000 hours of operation.

In principle, the 2nd generation works in the same way as the 1st generation. The difference is that the light is amplified up to 20.000 times. As a result, you can see over a considerably greater distance with this generation. This is achieved by a microchannel plate, which is placed behind the photocathode and has countless tiny glass tubes. The electrons generated are thus even further amplified. As well as a much brighter picture, the picture is noticeably sharper.

Third-generation night vision devices deliver a much brighter and sharper image than the second generation. This is achieved by the additional use of photocathodes with additional chemical gallium arsenide. Noise is minimised and the lifetime of the devices is longer compared to the earlier generations.

Third-generation night vision devices are not available for purchase in Germany. This is mainly due to patent regulations and the fact that the US government prohibits the export of the devices.

But there are very good devices of the 2 ½ generation and the 2 super plus generation, which conform to the quality standard of the third generation. Image sharpness, brightness and noise are all comparable.

During the day and in the twilight, many of these devices even enable a colour display. In addition, it is possible to connect to an external data recorder, or to save photos or videos to a memory card. The quality of digital night vision devices is usually comparable to those of the 1st generation.

Unlike the night vision devices of the 1st, 2nd or later generations, or digital devices, thermal cameras do not require any residual light. Here the objects’ reflected light is not amplified as with other models, instead the heat radiation is depicted. This means that these devices can be used in absolute darkness, in fog or even in rain.

In addition to being used by military and security agencies, thermal imaging cameras are also used to test the thermal insulation of buildings. The fire brigade and the police need these products for the search for missing persons or for the detection of hotspots after fires. Hunters and farmers, on the other hand, can use thermal cameras on cold mornings to search for and rescue animals before cutting hay.

Thermal imaging technology is also becoming of ever more interest to industry. Water and even gas leaks in plants can be detected quickly and systematically. In some cases, thermal imaging cameras are also used for checking engines, for example, for the timely detection of overheating.

Of course, thermal imaging cameras are also useful for hunting by night, for example when stalking, to search from a hide for game in fields and the forest edge, which can then be potentially be driven to the desired location. In the case of short escape routes on the edge of a forest, the detection and therefore also the suffering of the animal can be ended more quickly than with a search by daylight.

The image differs from that of a night vision device with an image intensifier. Here you have the option of selecting different colour representations. So heat radiation from humans or animals can be displayed in white or black, the so-called "white hot" or "black hot" setting. With this selection, the surroundings are displayed in weaker black and white. However, it is also possible to display the temperature differences in different colours. This helps especially in the search for heat leaks in buildings or hotspots after a fire.

A digital zoom option allows you to zoom in on a section of the image to see more detail. The image quality does not quite match the resolution of detail of a 2nd generation night vision device, but you can also detect heat sources that would not be possible with the night vision device, such as a group of wild boar in a corn field.

Differences between the types of build

In addition to the technology, the devices can also be distinguished according to their type of build. Basically there are devices with monocular and binocular build types.

The binocular night vision devices can be further divided into two sections. On the one hand, there are devices with two objective lenses, which are also equipped with two light-intensifying processes. On the other hand, there are binocular devices which have two eyepieces but only one objective lens and thus only one light-intensifying process. These devices are more cost-effective and offer a more pleasant visual experience than monoculars, but they do not produce such a plastic image.

With both classic and digital night vision devices you always need a degree of ambient light. If this disappears completely or is no longer sufficient, such as during nights with dense cloud cover or a new Moon, an IR illuminator can be used to expand the device’s range. Often these are already built-in to the device’s housing. However these are usually relatively low-power or only illuminate part of the field of view. Another shortcoming of these integrated IR illuminators is the dazzle effect when, for example, the light hits the wooden panelling in a hide. This can be avoided with a separate IR illuminator.

Most users working in the security field use devices that are equipped with little or no magnification. Otherwise, a walk through unlit buildings would take a great deal of getting used to, as the field of view decreases with greater magnification, and the minimum focus distance moves the point of focus ever further away. But since magnification may be required, for example when monitoring larger outdoor spaces, there are usually ancillary lenses available for these devices. These expand the devices’ range of applications. 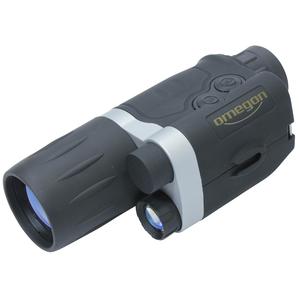 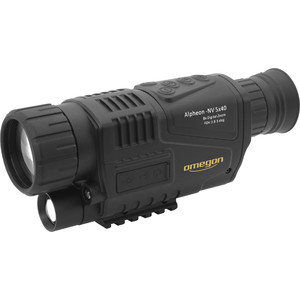 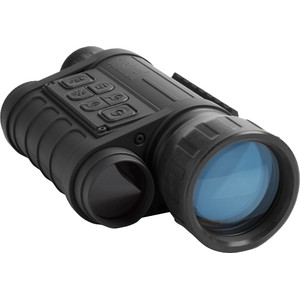 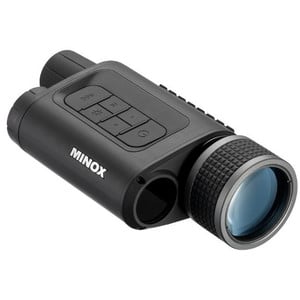 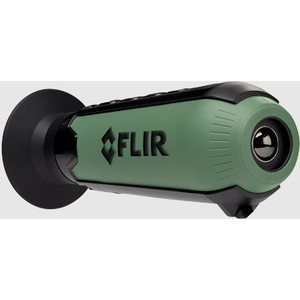 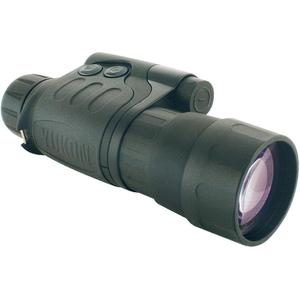