Founded in 1992, Lahoux Optics is a manufacturer of high-quality night vision and thermal imaging devices. 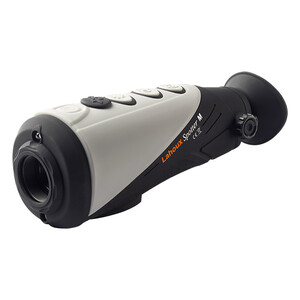 The image intensifier tubes used by Lahoux Optics in their devices are supplied exclusively from the Dutch-French tube manufacturer Photonis, and all our devices come with an individual data sheet, which confirms this. The Photonis image intensifier tubes form the heart of the traditional night vision devices such as clip-on's, monoculars, goggles and riflescopes. The Photonis, XR-5, Gen II Plus, ONYX ™ and ECHO/ECHO Plus image intensifiers tubes are the best on the market. Lahoux Optics develops and produces its own night vision devices such as the Lahoux LV-81 and Lahoux Hemera night vision clip-on's. The optics in these devices were developed in-house and optimised for the Photonis-ECHO tubes and the Photonis-Onyx phosphor. Observation devices such as the Lahoux LVS-14 monocular and the Lahoux LVS-7 night vision goggles are also available. If required, the night vision devices can be enhanced with Lahoux Helios illumination. Lahoux Optics devices are developed and produced in Holland and are part of a long tradition of night vision technology that began in the 1930s when Philips invented the first image intensifier tube, also in Holland. Since its foundation in 1992, Lahoux Optics has worked closely with the Dutch night vision technology sector and, as a result, has accumulated a wealth of experience. In addition, Lahoux Optics offers thermal imaging devices such as the long-established Lahoux Spotter series, and for observation the Lahoux Horus clip-on and the Lahoux LG-31 binocular. In the past, thermal imaging technology was very expensive and reserved exclusively for the military. For some years now, the heart of the system, the so-called uncooled core, has been produced in large quantities, thereby becoming more affordable. The Spotter 325-650 series of thermal imaging devices, the Lahoux Horus and Lahoux LG-31 are designed and manufactured in Holland. Our devices are manufactured individually by hand of high-quality components, thereby guaranteeing the highest possible performance, reliability and a long service life.